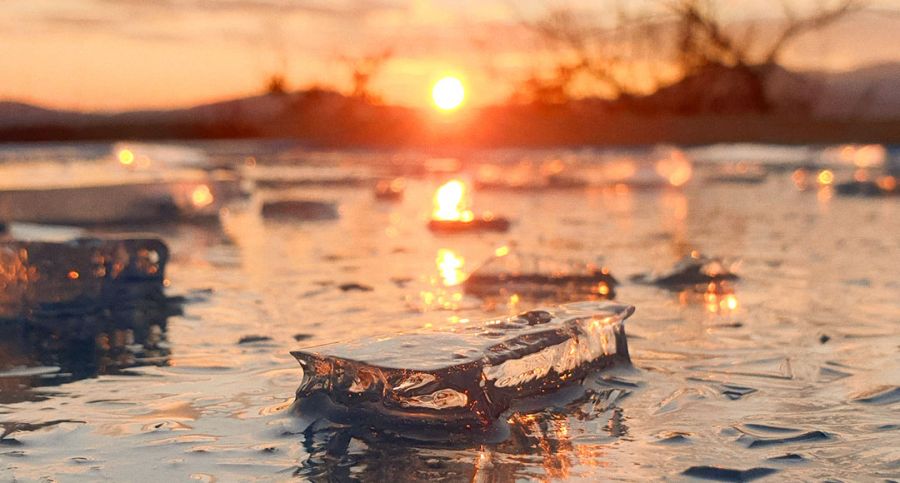 A Brave, New Future: What COP26 Means for the Planet

"Our imprint is now truly global. Our impact is now truly profound. Our blind assault on the planet has finally come to alter the very fundamentals of the living world.“

As COP26 approaches, there’s an overarching feeling of hope.

But even in our most hopeful, there’s more than a hint of worry. Will setting targets be enough? Will politics get in the way? Will everyone play their part?

Are we aware of the urgency of the matter?

Just days ago, the World Meteorological Organization announced that the levels of climate-heating gases in the atmosphere hit record levels in 2020 – the year when human activity was slashed due to the global pandemic.

In July, scientists confirmed that the Amazon forests, the lungs of our planets, now emit more carbon dioxide than they can absorb.

If we stay on this track, we won’t be able to limit climate change to the 1.5 degrees set out by the Paris Agreement. And if we keep missing these milestones, we will all pay the price.

COP26 must be more than a pledge

There’s no denying that net-zero ambitions have intensified over the last few years. The United States aims to be a net-zero economy by 2050, and China by 2060. Germany hopes to get there by 2045..

The United Kingdom, as host and leader of the 2021 event, has outlined a Net Zero Strategy that promises up to £90 billion in private investment by 2030, and hundreds of thousands well-paid jobs in green industries.

According to the International Energy Agency, countries that have set net-zero targets account for up to 70% of all global emissions. Even Turkey, despite stalling for years, has finally ratified the Paris Agreement ahead of the conference.

Pledges are great beginners. But as COP26 approaches, we need more than baby steps. We need concrete plans and actionable strategies to light up the road ahead.

We need to become a united front

COP26 will be the first global event of this scale to take place since the beginning of the pandemic – which would be a daunting prospect if it weren’t for the magnitude of the climate emergency.

The timing of COP26 makes it unique. Climate experts have never been more vocal. The economic recovery that followed the pandemic has directed billions in funds to green options. This summer, we witnessed series of deadly climate events as wildfires raged from Turkey to the United States, and floods claimed lives in Belgium and Germany..

Patricia Espinosa, executive secretary of the UN Framework Convention on Climate Change, recently spoke of the catastrophic impact that a failed COP26 could have on the world – a list that includes global food shortages, millions of displaced people, vulnerability to terrorist groups and violent movements.

To avoid a global disaster of this scale, we need more than good will and brave intentions.

First and foremost, we need to rise above politics. If we don’t, we will lose as a species. We are all in danger from climate change, and we need to be unified in our response to it.

That said, nations like the U.S. and China have an immense capacity to create the change we need to see at scale. Covid-19 revealed that there are few great levelers out there, and when push comes to shove, underprivileged countries are the most vulnerable. Underdeveloped countries were promised 100 billion dollars in funds annually to catch up to the Paris roadmap. But by 2020, only 80 billion in total had been provided.

We need brutally honest evaluations of emissions, without greenwashing, and actionable roadmaps to reduce them. This is where businesses have a particularly big role to play. Decarbonization efforts need to intensify rather than being convenient to business leaders. If your targets aren’t keeping you up at night, you’re failing as a company to do the best you can.

And it’s not enough to set 2050 targets and focus on Scope 1 and 2 emissions. Scope 3 accounts for the majority of all emissions – at Arçelik, for instance 98% fall under Scope 3, with 80% coming from the use phase of sold products. To ignore Scope 3 is to ensure that your targets have next to no impact. And yet many companies willfully do so – almost 40% of the top 200 largest companies don’t even report them. To play our part, we’re announcing ambitious Scope 3 reductions and aligning our roadmap with a 1.5 degree scenario by joining the UN’s Race to Zero.

Our goal is to lead by example, to inspire the business community and governments to help decarbonize their economies.

It’s true that a global net-zero transformation calls for government policies, energy transitions and, most importantly, innovation and investment. This is also something the private sector can take on: creating the technologies of tomorrow will allow us to find low-emission alternatives to production and consumption today.

These aren’t easy tasks, but we don’t have the luxury of stalling.

I’m heading to COP26 with an open mind and a determined spirit.