The Gift of Life: Did COP26 deliver?

Just moments after arriving in Glasgow, I saw two protestors hanging off the city’s Squinty Bridge, carrying a sign that said humanity is failing..

Little did I know at the time that those protestors were two children—aged 12 and 10—out there hanging literally by a thread, trying to get all the adults in the room to see the urgency of the situation. 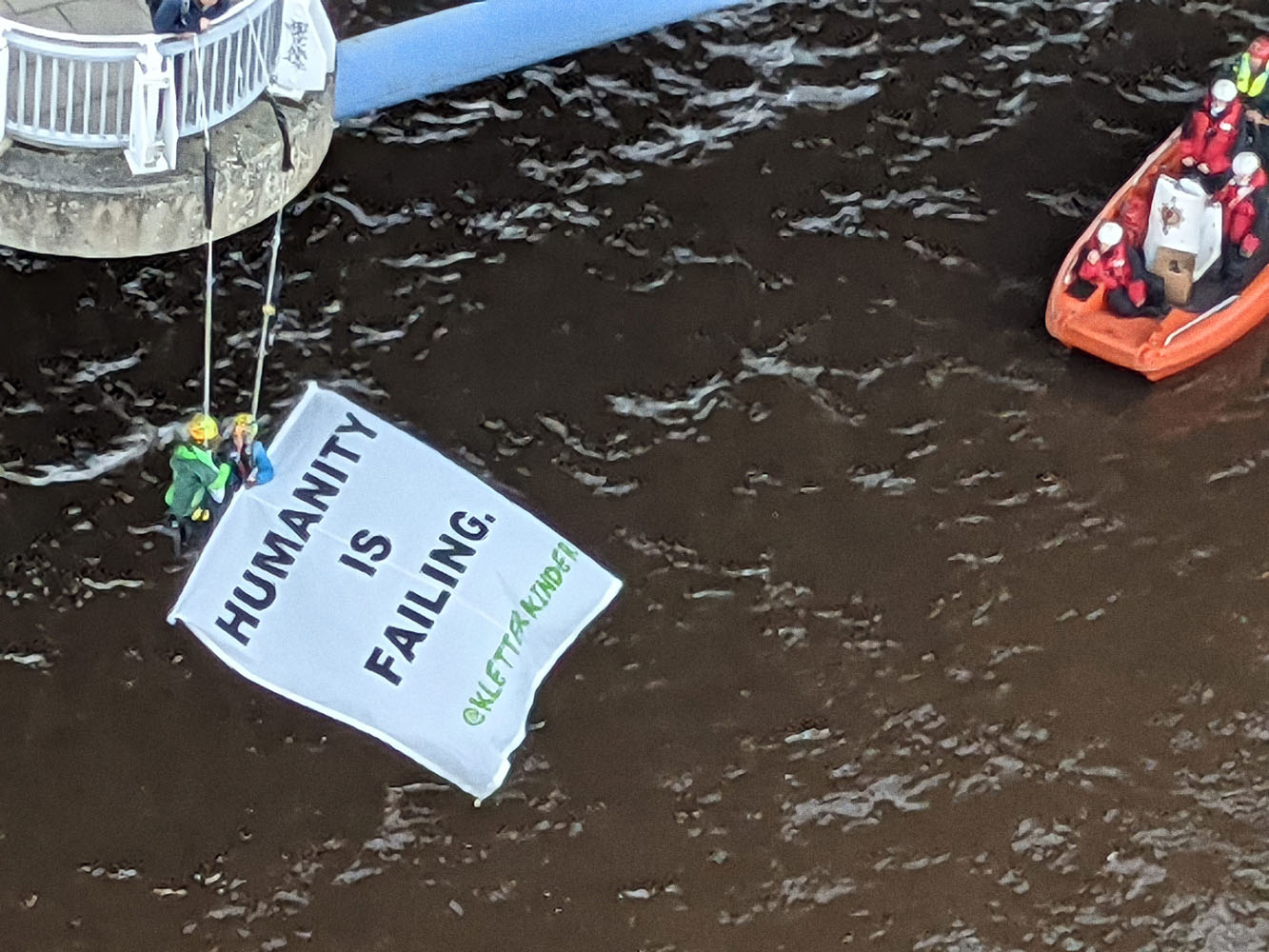 As the mounting pressure increased, this year’s United Nations Climate Change Conference—known otherwise as COP26—began to be treated as a one-stop solution to all the planet’s problems. To expect decades of human damage to be resolved over ten days was, and is, a mistake. The climate crisis does not have an easy-fix solution.

There were certainly hits and misses but one thing is clear: there was progress made at COP26.

Global commitments increased, but the short-term goals are still not sufficient. India’s commitment was a game-changer at COP26—when the country pledged to go net-zero by 2070, we were put on track for a 1.8C temperature rise, according to International Energy Agency calculations. Over 100 countries agreed to cut methane emissions by 30% by 2030; and around 40 countries agreed to phase out from coal by 2030 or 2040, depending on economic capacity. More than 100 world leaders representing over 85% of the planet's forests committed to ending deforestation by 2030.

These are all great commitments, and it’s good to see that there is an international consensus over the need for ambitious targets. The joint declaration of good will and cooperation between U.S. and China is a promising step forward. But most of these targets are missing crucial action: China recently criticized the methane commitment over its lack of clear plans; Australia, despite being one of the key coal spenders, refused to join any plans that would phase out coal. Another agreement by countries to stop investing in coal projects abroad refuses to do anything about pending projects on the home front.

Overall, the decision made about the production of coal was a letdown. Despite the focus it received; the final COP26 agreement failed to deliver a decisive measure against coal. “Phasing down” rather than “phasing out” sets us back and falls short of what is needed.

Another unresolved issue for cutting down emissions is funding—particularly for the countries that are either underdeveloped or are developing. The Paris Agreement promised $100 billion dollars annually, but these countries received next to nothing. With recent pledges like Japan, COP26 doubled the funding required for climate adaptation, and experts foresee funding to reach $500 billion in the next five years, but there are still uncertainties on a practical level. It was disappointing to see developing economies remain quiet despite repeated calls to deliver.

There was a clear effort on the business side to be more involved with net-zero goals, and this trend must continue. According to McKinsey & Company, in the post-COP26 world, net-zero is now an “organizing principle” for business. The key is to cut emissions whilst transforming industries and markets; and the private sector must move ahead without waiting around for a tap on the shoulder. At Arçelik, we have made it our mission to adopt sustainable practices, and so far, this has helped us strengthen our position and increase our market share.

What’s key here for business is that net-zero goals can no longer be on the sidelines. There are various measures businesses can take to cut down emissions—one of which is raising energy efficiency labels and increasing product efficiencies across the globe. Four appliances in our homes (refrigerators, ACs, motors and lighting) add up to 40% of all global energy consumption. These emissions can be reduced a great amount if global regulations are put in place to dictate the efficiency of products released to market.

The gift for early movers will be survival—for if COP26 was any indication, the business world is fast-approaching a sustainability-driven ecosystem.

The rules of carbon trading must be followed to ensure a functioning carbon market to curb emissions. Carbon mechanisms are key to battling global emissions. One of the shortcomings of the Paris Agreement was the elusiveness of Article 6—where the hopes of a global, carbon trading market were initiated but no real clarity was provided.

A new framework on carbon trading came out of COP26, with some of the loose ends of Article 6 now settled. A two-part structure consisting of centralized and bilateral systems aims to clear the way for a functioning carbon trading market. The only downside here is the compromise of previously earned credits, under Kyoto protocol, that fail to match the standards of the global efforts of today.

The good news here for business particularly is that the rules are now much clearer, and companies can participate in these mechanisms that allow for steep cuts in emissions. If structured properly, carbon markets can help increase costs for polluters, and encourage the reduction of emissions. The current, fractured carbon markets add up to a total of $272 billion; with China holding the largest one. Think of the impact of a global, regulated, integrated carbon market. It would fundamentally change businesses and society-at-large.

A financial transformation must accompany climate efforts. COP26 showed that the financial sector will go under transformation, willingly or not. Recent numbers show that by 2036, about half of the world’s fossil fuel assets will be worthless, with about $11 trillion dollars left in stranded assets. This will punish those still investing in fossil fuels, and reward those who were early movers. Since the Paris Agreement, the finance industry made more than $17 billion in fees from facilitating $4 trillion of fossil-fuel financing.

Thankfully, around 450 financial institutions spanning over 45 countries agreed to commit themselves to cutting down emissions. Again, to expect an overnight change is not rational thinking. But a well-structured, healthy divestment from fossil fuels can bring us a lot closer to a safer future. There are a lot of companies out there looking to fund their climate efforts—and banks will only profit from prioritizing them.

The future may be electric; it may even be beyond our imagination. Between all-electric planes and battery-driven tech, COP26 was a platform where some of tomorrow’s ideas and technologies were showcased to the world. Nuclear energy is now being considered as an applicable low-carbon source of power, but the controversies surrounding it remain just as strong. Low carbon options like batteries and hydrogen were some of the key points of COP26 discussions.

At the heart of it, no human experience is one thing or the other. We must take COP26 in a similar vein; it does not have to be a total victory or an absolute disaster. I sincerely believe that there is a mounting international will and commitment out there, and events like COP26 provide a course for action.

That, however, does not mean that just because we gave COP26 a shot, our duty is over. We must preserve this momentum and increase our efforts. The urgency of the climate crisis did not pause or weaken because world leaders spent a couple of days working on these issues. Hope is a great fuel, but we must focus on action above all. Voluntary action will take us there.

Nearing the end of the summit, as a celebratory gesture, Mexico offered the UK’s lead climate negotiator a bottle of tequila if countries manage to finalize talks by the intended date. The Russians responded with promised vodka.

If we can only deliver what is up to us, the planet is ready to reward us with a gift even better. Life.